About Wholistic Methylation and Our Team 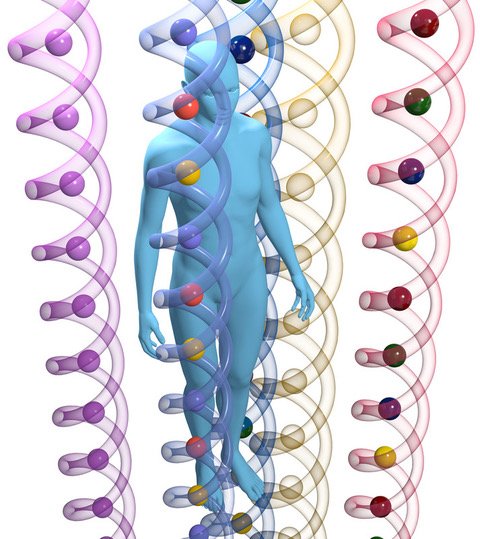 To utilize cutting-edge Genetic Research and Biochemistry to provide you the most comprehensive, personalized, and effective ways to optimize health naturally. Our goal is to teach and assist as many practitioners as we can to help the world be a healthier, happier place!

Dr. J Dunn has been practicing natural medicine for over 30 years.  She is a Chiropractic Physician and certified in Functional medicine. She is an internationally known lecturer on Genetics and Nutrition. Teaching physicians around the world on how to use genetic information to get to the underlying causes of disease.

Her drive to understand true causes and her passion for helping those who are suffering with chronic disease has lead her to create this educational program. She is passionate about teaching this revolutionary system to as many health care practitioners as possible.  She is the author of the books Wholistic Kinesiology and Perfect Health in Paradise available on Amazon. 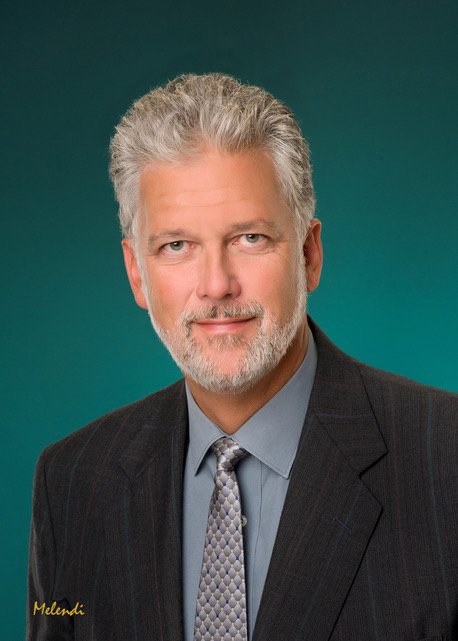 Greg is the Project Lead for Technology Development & Software Engineering, guiding multiple programming teams as we designed our earliest software versions, through every improvement to today's comprehensive MyHappyGenes™ program, along with designing productivity solutions for practitioners using the Wholistic Methylation system.

Greg has played a key role assisting Dr. J side-by-side as one of our original team members. He found a true passion in understanding biochemistry and the inherent logic of how genes interact with each other in our bodies and minds. 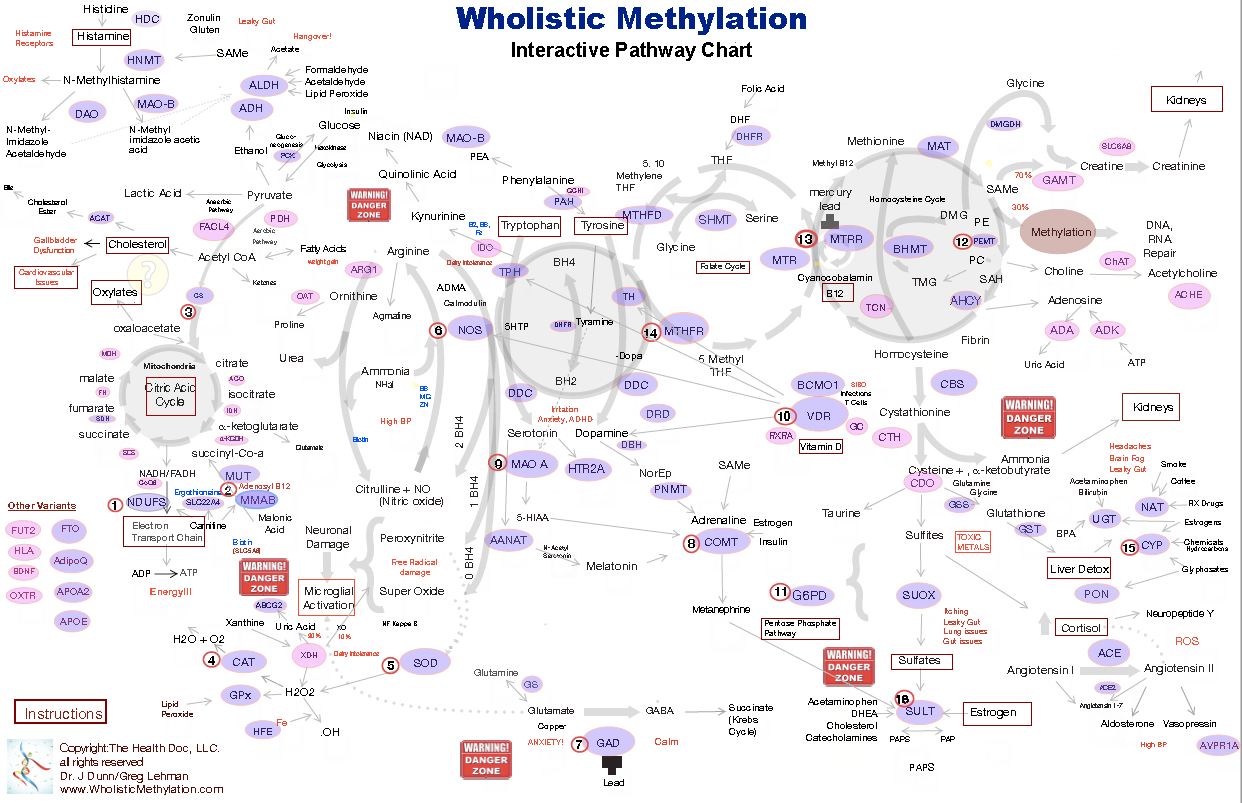 The recent advances in genetic research have finally reached a point where we can begin to look at specific genes and what their functions are. With the recent completion of the genome project, research is mounting as studies are being conducted and associations being made as to the relevance of genetic variants to disease causation. One such area of research has lead to a major breakthrough in our understanding of the origins of cancer, heart disease, osteoporosis, autoimmune disease, chronic fatigue syndrome and so much more. This connection between our genetic variants or SNiP’s (Single Nucleotide Polymorphisms) and disease has revealed the importance of a metabolic pathway in the body that is critical to maintaining health, the methylation cycle. The methylation cycle, it turns out, is involved in many regulatory processes and genetic variants there can be particularly damaging. The good news is that we now have ways to bypass these defects with specific targeted nutrients and restore normal functioning to the body.

Methylation is the process of a transfer of a methyl group (one carbon atom and three hydrogen atoms) onto amino acids, proteins, enzymes, and DNA in every cell and tissue of the body to regulate healing, cell energy, genetic expression of DNA, neurological function, liver detoxification, immunity, etc. This process is one of the most essential metabolic functions of the body and is catalyzed by a variety of enzymes. The methylation process is responsive to environmental conditions and degrades with age, a process associated with a large variety of age-related disorders. Thus, with respect to the effect of methylation, it is a continuous struggle in life to adapt to the ever-changing environment. Health and quality of life are highly dependent on the methylation process.

This is such a new and emerging science but one that holds great promise in the natural health care realm. The results that are being seen in the preliminary stages are astounding. Understanding the cycle does take some time and study, but for health care practitioners and patients alike the rewards are tremendous. Prevention of those conditions that we consider “inherited” or chronic is well within our grasp.

The Methylation Cycle and the Production of Glutathione

The most important point of the methylation cycle is the production of glutathione (GSH). If GSH production is inhibited as it is with several types of genetic variants, then dysfunction and disease result.

Glutathione is a small protein made up of three amino acids. It is present in every cell of the body, as well as in the blood, the bile and the fluid lining the lungs. The main site of production of glutathione occurs in the liver which plays many important roles in the body. Probably the best known are its protection against oxidative stress, support for the immune system, and in removing a variety of toxic substances from the body.

When glutathione becomes depleted due to increased stress or genetic variants,  its normal functions are simply not performed well.

Many of symptoms can be traced directly to glutathione depletion including:

Buildup of toxins including heavy metals which damage many enzymes and block absorption. Which leads to further depletion of glutathione

Digestive issues due to lack of ATP in parietal cells and low production of HCL.

Low absorption of nutrients results along with gastric reflux and survival of yeasts and bacteria from food which results in dysbiosis. Lack of conversion of pepsinogen to pepsin (requires ATP). This all results in poor gastric signaling to the pancreas and gallbladder for release of digestive enzymes and bile. This also results in low absorption of B12 and further aggravates the problem.

Increased levels of histamine lead to the release of Zonulin which increases gaps in the cells of the intestines. The resultant food sensitivities result in further immune dysregulation.

Thyroid problems (hypothyroidism, increased reverse T3, Hashimoto’s Thyroiditis) Glutathione normally protects the thyroid from damage due to hydrogen peroxide produced in the production of thyroid hormones. The immune system mounts an attack on these foreign proteins and creates the autoimmune response of Hashimoto’s.

Blunting of the HPA axis (pituitary-adrenal issues) due to continued high cortisol initially.

Anxiety-Glutamate cannot be broken down correctly into GABA. This results in neurological damage. (Symptoms include anxiety, nervousness, insomnia, diabetes)

The Importance of Methyl Donors in the Body

The methylation cycle performs many vital roles in the body. First, by means of SAMe, it supplies methyl (CH3) groups to many different biochemical reactions. Some of them produce substances such as coenzyme Q-10 and carnitine, which have been found to be depleted in many chronic fatigue patients. Methylation also plays an important role in “silencing” certain DNA to prevent its expression, and in producing myelin for the brain and nervous system. Some key areas that methylation plays a role in are:

Nervous System Function: When the methylation cycle is interrupted, as it is during vitamin B12 deficiency, the clinical consequence is the demyelination of nerve cells resulting in a neuropathy which may lead to loss of control of bodily functions, paralysis, and, if untreated, ultimately death. Not only can nerves not myelinate without proper methylation, but they also cannot re-myelinate after any environmental damage or viral infection. Regeneration of nerves is also disrupted due to the lack of methylation of the myelin sheath.

Allergies: Methylation also regulates histamine levels, a critical hormone often over-expressed in allergic reactions as well as in those with seasonal allergies, eczema, asthma, hives and/or anaphylactic reactions. Outcomes may range from mild symptoms of sneezing and congestion from animal dander or pollen to life-threatening and even fatal reactions from bee stings or eating simple foods such as peanuts or shellfish.

Emotional and Mental Health: In the methylation pathway, one crucial component for neurotransmitter balance is the component, S-adenosyl methionine, or SAMe (pronounced “sammy”). SAMe is the most active methyl donor in your body, bringing methyl groups to numerous chemical compounds in your body. It also acts upon the neurotransmitters by changing them into other needed compounds. If we don’t have sufficient SAMe—or if SAMe can’t be recycled due to weaknesses in the methylation cycle, this can result in imbalances in our neurotransmitters, which in turn can impact mood, focus, sleep patterns, and a range of behaviors.

Pain and Inflammation: DNA methylation is also involved in chronic pain. Specifically, DNA methylation of the SPARC promoter is increased with age and intervertebral disc degeneration, resulting in the silencing of a gene that is protective against accelerated disc degeneration. This can lead to chronic low back pain and inflammation. The SPARC gene is likely to be just one example of many pain-relevant genes that are similarly regulated by DNA methylation in both peripheral tissues and in the central nervous system.

Methylation is critical to the following:

When the methylation cycle is blocked these important roles are not carried out properly. In addition, a methylation cycle block causes a block in folate metabolism, to which it is intimately linked, and this interferes with synthesis of new DNA and RNA, among other important effects and can be seen associate with birth defects and cancer.

Two of the most significant effects of a methylation cycle block are that neither the immune system nor the detox system can operate properly. If the methylation cycle remains blocked for an extended period of time, infections and toxins will build up in the body.

Your Wholistic Methylation practitioner will evaluate your individual methylation patterns through genetic (DNA) testing and muscle testing to determine approximately where these genetic glitches are and recommending diet, lifestyle and supplementation to achieve a “genetic bypass” of your particular DNA mutations.

MyHappyGenes DNA test will give you the raw genetic data you need to truly understand your inherited risks. results are received in approximately 2-4 weeks and we can begin your individualized diet and lifestyle and supplementation protocol.

First Visit: After receiving the results from your genetic test, your practitioner will put your data through our MyHappyGenes software program to extract the information that is clinically relevant.  We can then use kinesiology to determine your exact nutrient needs and amounts of supplements needed to compensate for your genetic variants. Remember, you have had a lifetime of not being able to absorb certain nutrients, so repair and detoxification will take a bit of time. However, progress is generally seen quickly in certain symptoms such as depression, focus, memory and fatigue. Depending on your practitioner and your health concerns, this first visit can take from 1.5-2 hours to take a history, go over your results and design a health program for you.

Because of our very unique genetics and environmental exposure levels your supplement program must be customized to fit your needs. We are trying to repair cellular damage, balance nutrient deficiencies, allow your body to detox, allow your immune system to function normally and repair neurological damage. The good news is that through this program it is possible to address all of these areas and rebalance these systems. However, this process takes time and patience. Success can be achieved by slowly correcting each imbalance and beginning to rebuild the body.

Follow-up visits: On your follow-up visit your practitioner will re-evaluate your program and make sure we are not missing any ingredients to get your body functioning normally again. These visits typically run from 20-30 minutes depending on your situation and how you are tolerating your treatment protocol.